skip to main | skip to sidebar

Radiation. They Say Its Bad For You. Pernicious Nonsense. 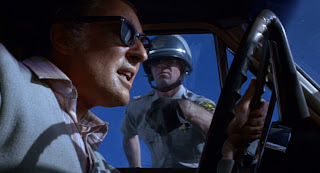 Once again, we have a news story about how a manned mission to Mars is at risk of exposing the crews to high levels of radiation. I could, I suppose, point out that there are drugs which have been shown to be effective against radiation, that there are vaccines that can protect you from the harm of radiation,that NASA is working on a force field to keep astronauts from getting baked by radiation on missions beyond LEO. Or that studies have shown that radiation might not be as dangerous as we once thought.

No, I'm just going to say what any astronaut or space geek says when reading such a story: "So?" Sure, there are astronauts who'll find the risk to be unacceptable, but for every one of them, there'll be thousands, possibly hundreds of thousands of people who'll be more than happy to line up and take the high dose of radiation, even if they knew that it would put them at a 100% risk of developing cancer. Why? Because they'd be going to fucking Mars! And dying of cancer because you went to, oh, I don't know, say Mars, is far better than dying of cancer because you had a two pack a day habit, or you had a gene that made you susceptible to a particular cancer, or you just happened to live long enough to get it because you were old.

Its time NASA, and the media, stopped worrying about such things. We don't care. We're willing to strap ourselves onto a giant rocket, knowing that if something goes wrong, they'll be picking the pieces up with tweezers, so a little thing like radiation (which tends to cause slow growing cancers that appear several decades after the initial exposure), isn't going to bother us in the least. So stop with the scaremongering and get with the rocket building, will you? Thanks.